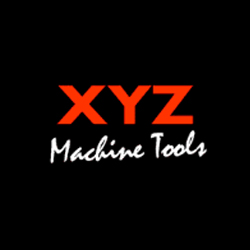 PDG give a great service ,reliable ,friendly and great Machinery movers. On the road and across a workshop floor.

Thanks to all at PDG for their support over the years, they have an in depth knowledge off abnormal and awkward lifts. They provide an excellent service and will work around other commitments to help deliver on customer needs.

Vehicle recovery will always throw up unusual situations. Sometimes we require additional help from specialist crane equipment, and always call PDG Machinery in such instances. Always on scene in a timely manner, PDG provide a professional and competitive service.

PDG is our “go to” lift and shift company

We have a multi-site business with a continuous investment programme that follows with it a variety of installation challenges. These might range from the straightforward machine relocation to complex vessel ingress into a space with limited clearances. We find their working ethic professional, customer focussed and ultimately 100% trustworthy. PDG is our “go to” lift and shift company.

All too often we criticise and complain about the performance of others, but in this case I would like to compliment you on your selection and the performance and professionalism shown by both Dan and Tim of PDG whilst attending the Rolls Royce Nuclear site to deliver and position the Scantron DDS. The equipment move went as planned and without issue which, in my opinion, was as a direct result of a well-executed, pre-planned and safely controlled performance by a very professional company.

I would have no hesitation in either using or recommending the services of both individuals from PDG.

C2 Block Hire are pleased to of found PDG when we have a delivery to make they are our first choice as we know it will be done on time, on budget and without hassle, thank you for being our trusted partner.

Always most helpful and proactive

PDG Machinery Services team are always most helpful and proactive. They have provided invaluable support to Weightron Bilanciai Limited in our specialist areas.

Your team of machine movers were excellent. On time, got on with it, pleasant to work with as both courteous and professional.